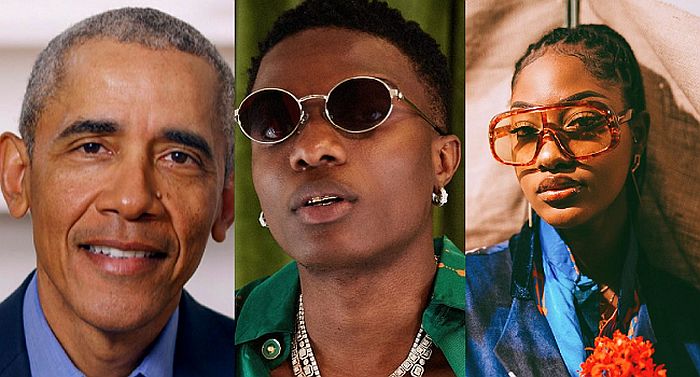 Wizkid and Tems ‘Essence’ single off his ‘Made In Lagos’ album has made it to the list of Barack Obama‘s favorite music of 2020.

Barack Obama, on Saturday, took to his official Twitter handle and shared a list of his favorite music of 2020.

The two Nigerian singers happened to be the only known African artists who made it to the list, and their fans are so excited for them being able to get recognized by the 44th President of the United States of America.

It’s such a great honor to make it to the favorite list of the former United States of America Presidents alongside some international artists. 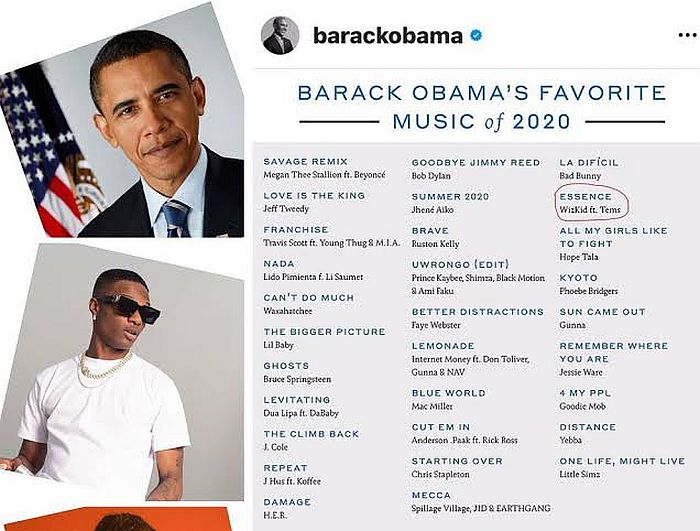 Nijja to the world
0 Likes

Another year another song
0 Likes