What Is The Coolest Obscure Historical Fact You Know?

Way back in Ancient Greece, in early to mid 300 BC, there lived a courtesan named Phryne. 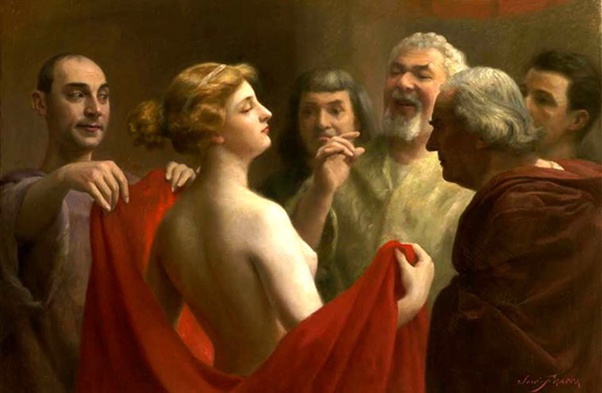 This painting of her, obviously done long after her death, may seem kind of weird at first but I assure you that all will be explained.

Also her name wasn’t actually Phryne, it was really Mnesarete (to commemorate virtue) which would become slightly ironic, but people called her Phryne (a.k.a toad) because of her yellowish complexion. I personally would not appreciate being called ‘toad’ but whatever makes you happy I guess.

She was known to be incredibly beautiful. Like several people have written about how stunning she was. She is supposed to have inspired several paintings and statues of Aphrodite, including this one: 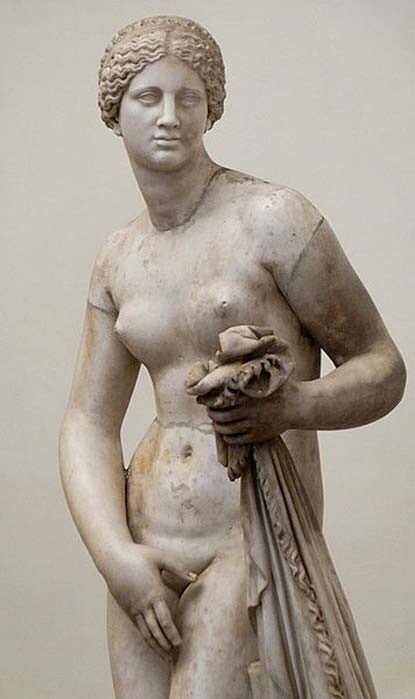 For which she apparently modelled.

She was also supposed to be incredibly rich which, if she really was that beautiful, doesn’t seem too far fetched considering her profession.

But she is best known for her trial.

Unfortunately, most things about it are kind of vague. We don’t know for certain what exactly she was charged with or what she did to be charged, but it was apparently something along the lines of blasphemy / impiety. Whatever it was, the important fact is that if she was found guilty, Phryne would be executed.

She was defended by one of her lovers, an orator named Hypereides, who came up with a defence that can only be described as genius.

So back to the trial.

The prosecution gave their speech, apparently a very good one, and it became clear that things were not looking good for Phryne. Hypereides decided that he would in fact need to go forward with his idea.

He called Phryne up and had her stand in front of the judges before pulling her robes off and saying something to the effect of, “Well I hope you’re willing to kill this!” 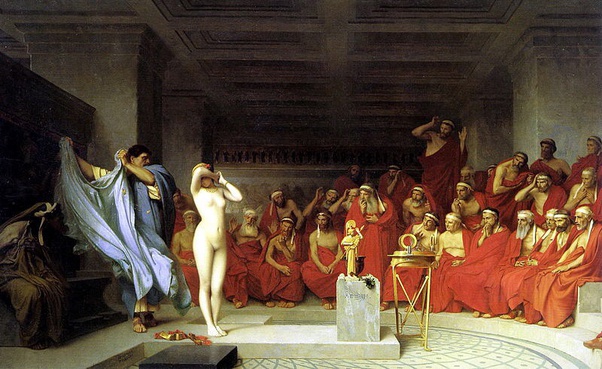 Obviously this would not go down well in a modern courtroom, but in Ancient Greece this actually made a bit of sense.

You see, people who were incredibly beautiful were supposed to have been blessed by the gods. So Hypereides was essentially asking a group of very religious men whether they wanted to kill someone for blasphemy who had clearly been so blessed by the gods. Though I’m sure that there may have been some…ulterior motives.

And it worked! Phryne was acquitted and seemed to live a pretty long life.

There is, naturally, some speculation that the trial didn’t happen quite this way. Another theory put forward is that Phryne simply cried and begged for her life to each individual judge and they were so touched that they decided to let her go.

But where’s the fun in that?

BE SINCERE!! Why Do You Always Fear Cele Girls?

ASUU discloses why the strike will not be called off