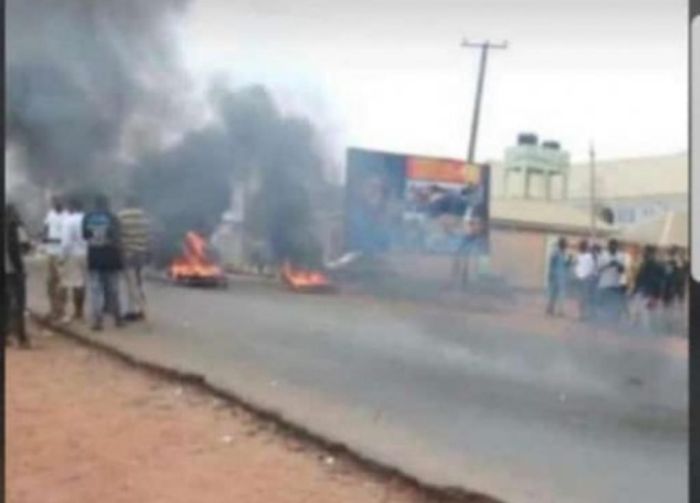 This is one of the most shocking thing I’ve ever seen in my life – Some suspected internet fraudsters ‘Yahoo Boys’ protesting their incessant arrest by the security agencies.

They blocked Osogbo/Ilesa expressway in the State.

They were said to have stormed the Ilesa West Local Government Secretariat, Ilesa and made bonfire on the road, therefore halting the free flow of traffic along the busy road.

The bonfire was made exactly at the entrance of the Ilesa Council office.

The protesters, OWODAILY learnt, were protesting their recent arrest by operatives of the Economic and Financial Crimes Commission (EFCC).

They alleged that the EFCC officials recently stormed the hotel they lodged in and arrested some of their colleagues.

It was gathered that owing to the road blockage, motorists plying the expressway were said to have been stranded.

Some of the road users, who know the terrain, had made u-turn for other routes.

What Do You Think About This?

Photos of Lives Affected That Led To #EndSarz Movement

Tinubu Chased Out Of His Hotel In France

US Election Was Full Of Rigging, We Might Need To Rent Them Our Able INEC Chairman – Adamu Garba