Virgin Mary Who Is Responsible For Your Pregnancy? – Who Give You Belle? 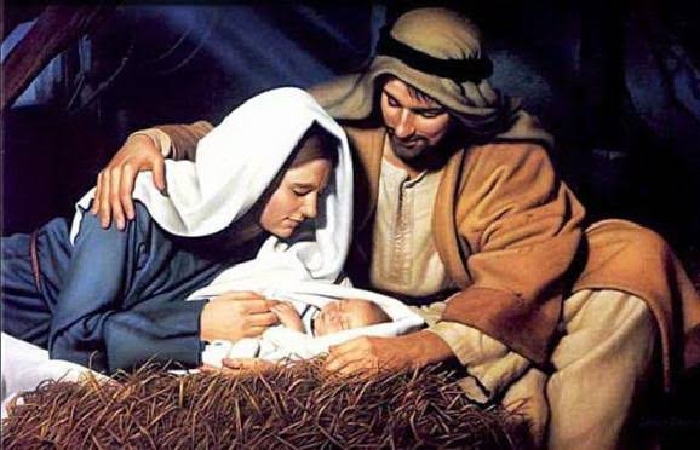 First of all, Christians celebrate the birth of Jesus on December 25th, but the actual date remains unknown. When the Roman Emperor Constantine I converted to Christianity, the church adopted December 25th as the birth of Christ to facilitate his subjects’ transition into the new religion.

Who Is Responsible For Mary’s Pregnancy. Joseph or Holy Spirit?

Accorsing to the Bible, Nazareth was a city in the northern region of Galilee, a young girl named Mary was betrothed to Joseph a carpenter, of the house of David. Before their marriage, an angel named Gabriel was sent to Mary and said to her,

“Do not be afraid, Mary, for you have found favor with God.”

“You will conceive in your womb and bear a son, and you will name him Jesus. He will be great, and will be called the Son of the Most High” (Luke 1:30-31).

The name “Jesus,” or “Yeshua” in Aramaic, is like “Joshua” or “Hosea,” a contraction of Yehoshuah, meaning “yhwh is salvation,” and a common name in ancient Judea and Galilee.

Mary said to the angel,

“How can this be, since I am a virgin?” Gabriel replied, “the Holy Spirit will come upon you, and the power of the Most High will overshadow you” (Luke 1:34-35). And to prove his point, the angel added that “your relative Elizabeth in her old age has also conceived a son..for nothing will be impossible with God.” Mary then set out to visit her cousin Elizabeth; when Elizabeth saw Mary and heard her voice, she thought: “the babe in my womb leaped for joy” (Luke 1:42-44).

When poor Joseph learned that Mary was pregnant, even though they hadn’t been wed, he “planned to dismiss her quietly” because he was “unwilling to expose her to public disgrace.” But before he could cancel the wedding, “an angel of the Lord” appeared to him in a dream and said, “Joseph, son of David, do not be afraid to take Mary as your wife, for the child conceived in her is from the Holy Spirit” (Matthew 1:21).

MY THOUGHTS AS AN UNBELIEVER:

Joseph deserve an apology from the Holy Spirit. How could you impregnate another man’s wife to be, without his consent. The angel should have informed Joseph first, seek for his permission, before overshadowing Mary with the Holy Spirit.

If the Holy Spirit was a person, Joseph could get him arrested and sue him to court.

MY THOUGHTS AS A BELIEVER:

What the Bible said, is true. And Joseph does not deserve any apology. In fact he should be happy that God picked his wife to be Mary among thousands of virgins in the world.

“You will conceive in your womb and bear a son, and you will name him Jesus. He will be great, and will be called the Son of the Most High” (Luke 1:30-31).

And life is worth the living just because he lives. Merry Christmas!

Virgin Mary Who Is Responsible For Your Pregnancy? – Who Give You Belle?

The way people wouldn't dare question Islam, but have the nerve to to use crass words against Christianity. God pass you.
0  Like

If One Doesn’t Go To Church On Sunday, Is That A Sin?

Be Sincere... Between 50 BTC And Good Health Which One Would U Choose

What Lessons Have You Learnt In 2020?

Your EX Sends You N500k And Your Current Partner Tells You To Return It – What Will You Do?