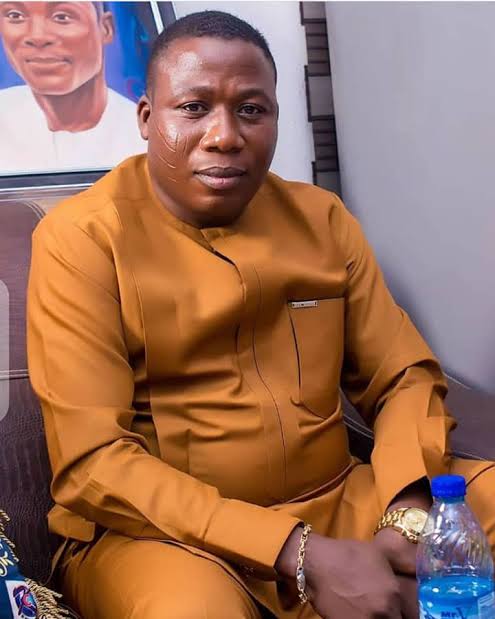 A good leader always lay good examples for his followers to follow. Chief Sunday Igboho is a true leader and a great warlord, a good leader will not be talking without leading the war by himself, or hiding in exile and outskirt.

The growing insecurity in the South-West has been largely blamed on Fulani herdsmen, many of whom were said to have been using the nomadic nature of the job to kidnap, kill and carry out other criminal activities in forests.

Following the killing of a honorable member of Oyo State, There was a kidnap case reported days after which triggered a prompt action to lead a peaceful march to the palace of the Seriki of the Fulani in the town.

During the march, some of the Fulani Indigenes stormed out with Guns and other arms to defend themselves thinking it was a fight happening.

Igboho said the North was simply cheating Yoruba people because according to him, no Yoruba person would go to the North to build a palace and claim to be a ‘Seriki’ (Chief) of the area.

We must regulate social media — FG

See What Will Determine Fresh Lockdown In Nigeria

Trial of ex-SGF Lawal, 5 others for alleged N544m fraud begin