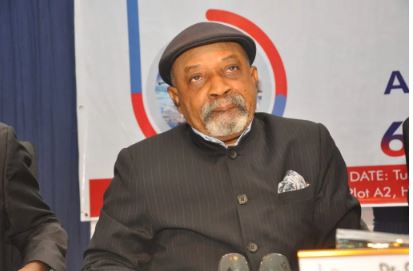 The Federal government and Leaders of the Academic Staff Union of Universities,ASUU, met on Friday, November 20.

It was learnt that the meeting started a few minutes to 12 pm.

It was gathered that the Ministry of Labour and Employment, Chris Ngige, presided over the meeting.

The PUNCH gathered that the parley is expected to address various pending issues, including the contentious payment platform preferred by the union.

ASUU had opposed the Integrated Personnel and Payroll Information System used in settling workers salaries by the FG and instead, developed the University Transparency and Accountability Solution which is currently undergoing test-run by the National Information Technology Development Agency.

The Senior Staff Association of Nigeria Universities and the Non-Academic Staff Union had also proposed the University General and Peculiar Personnel and Payroll System in place of the IPPIS.

The Ministry of Labour and Employment spokesman, Charles Akpan, had disclosed in a text message on Wednesday that the dialogue with the ASUU leaders would hold at the minister’s conference hall.

The government said it had agreed to pay N30bn Earned Academic Allowance, N20b for the revitalisation of the education sector and the arrears of salaries to the university teachers, adding that the only outstanding issue was the disagreement over the payment platform.

But ASUU insisted that the government has not met its demands, noting that the resolution of the eight-month strike was not in sight.

Finally, we are beginning to hear some good news
0 Likes

Meetings with no resolution
0 Likes

QUESTION OF THE DAY!! How Do You Say “All Of A Sudden” In Your Local Language?

BREAKING!! ASUU Reveals Why Strike May Continue For Many Years

Should homework be ban or does it promote learning... DEBATE