Trump Pardons Lil Wayne, Kodak Black From Jail Before Going Off As The President Of The US 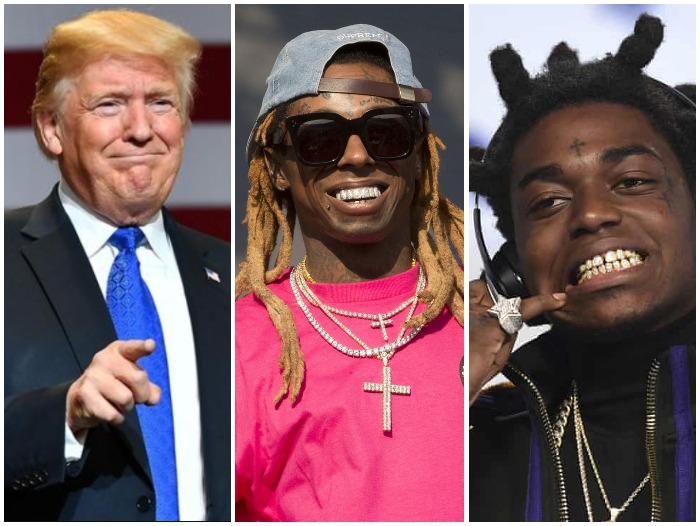 As was expected, Donald Trump has decided to grant a full pardon to Dwayne Michael Carter Jr., a.k.a Lil Wayne, according to a statement from the White House.

The Trump administration released the statement, which outlines pardons to 73 people and commutations of sentences to another 70, early on Wednesday morning, just hours before the reality television star’s term as president ends.

Lil Wayne pleaded guilty to a 2019 gun charge in December of 2020 and was facing significant prison time. News of Wayne getting off the hook comes on the heels of the rapper posting a picture he took with Trump back in late October.

Kodak Black and former Detroit mayor Kwame Kilpatrick, who was convicted of multiple federal felony counts and sentenced to 28 years, were granted commutations by the outgoing president.

Kodak is currently in prison on a 46 month sentence for falsifying federal forms to buy firearms. The Florida rapper’s criminal sexual conduct case is still pending.

Trump’s former White House chief strategist Stephen Bannon was also pardoned by Trump. Bannon, along with three other people, were charged with defrauding donors in a scheme in which they claimed money was being raised for Trump’s border wall.

Davido Reacts To News Of Kanye West’s Being The Richest Black Man In America With $6.6 Billion Net Worth

Wizkid Made In Lagos Tracklist + Album Out Tonight