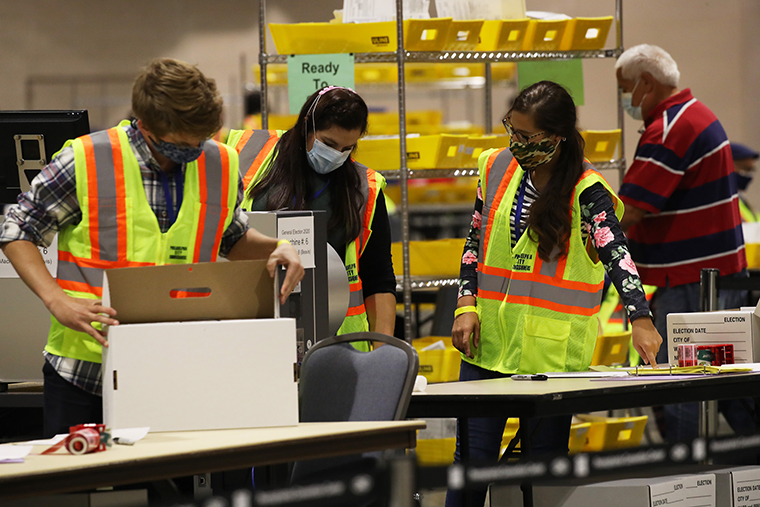 The Trump campaign says it's suing in Pennsylvania over poll watchers and voter ID laws.

Trump deputy campaign manager Justin Clark says in a statement: “Bad things are happening in Pennsylvania. Democrats are scheming to disenfranchise and dilute Republican votes. President Trump and his team are fighting to put a stop to it.”

Clark continues: “We are suing to stop Democrat election officials from hiding the ballot counting and processing from our Republican poll observers — observers whose only job is to make sure every valid ballot is counted, and counted once.”

CNN teams in Pennsylvania are checking to see if the suit has actually been filed.

Pennsylvania Attorney General Josh Shapiro said of the lawsuit: "I think that's probably more of a political document than a legal document."

Shapiro told CNN's Jake Tapper: "There is transparency in this process. The counting has been going on. There are observers, observing this counting and the counting will continue. I recognize that right now the campaign wants to spin, they want to say whatever they're going to say. But, Jake, here's the deal. The campaign is over."

He said the state "will not let anything interrupt that process of counting" of votes.

Some context: Early Wednesday, Trump attempted to claim victory in the presidential race and called for a halt to legitimate vote counting that is underway around the country. He currently holds a lead in Pennsylvania, but counting continues in the state. Pennsylvania Secretary of State Kathy Boockvar said that the majority of the ballots in her state could be counted "significantly sooner" than Friday.