Three officers have been killed and two others injured after gunmen invaded the Onueke Police Station in the Ezza Local Government Area of Ebonyi State.

Confirming the development, the Ebonyi State Police Command said investigations are underway to apprehend the perpetrators.

The command’s spokesperson, DSP Loveth Odah, disclosed that the gunmen invaded the police station and opened fire on the officers on duty which led to the killing of three policemen and injuring two others.

DSP Odah further revealed that the unfortunate incident which took place on Friday led to the death of two inspectors and another officer on guard at the station.

A woman who was said to be in her house within the premises of the police station was also killed. 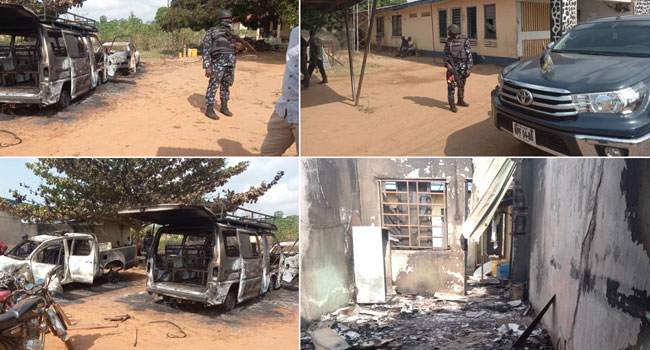 According to Odah, the corpses of deceased officers and the woman have been deposited in the morgue while an investigation into the ugly incident is ongoing.

The spokesperson said normalcy has since returned to the area, adding the situation is now under control.

She said some arrests have been made while efforts are still on to apprehend others at large.

Dsp Odah further stated that Ebonyi experienced peace throughout the festive periods and blamed the sad development on some faceless individuals bent on disturbing the peace of the State.