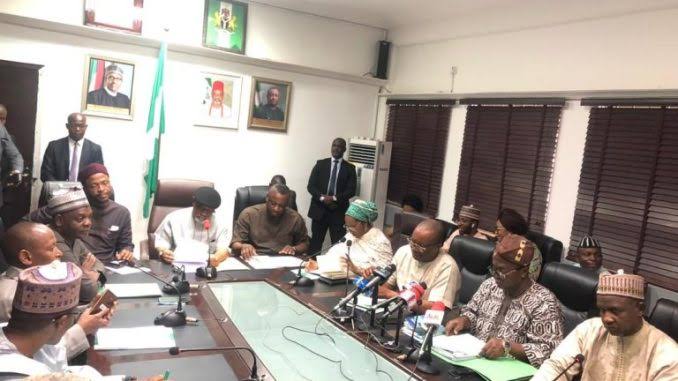 THE meeting between the Federal Government and the Academic Staff Union of Universities, ASUU, over the poor funding of Universities and the controversy surrounding the Integrated Payroll and Personnel Information System, IPPIS, payment platform, yesterday ended without any resolution.

This is as the Federal Government at the meeting which held at the Conference Hall of the Ministry of Labour and Employment, Abuja, said it cannot afford the N110 billion demanded by the ASUU for funding of revitalisation of universities.

Speaking at the end of the meeting, the Minister of Labour and Employment, Senator Chris Ngige told journalists that the government cannot meet the demand of ASUU of revitalisation because of the damaging effects of COVID-19 on the economy.

Senator Ngige disclosed that the Federal Government has offered the union N20 billion for revitalisation and N30 billion for Earned Academic Allowances, making it N50 billion all together.

We are tired
0 Likes

Keep meeting and come out with nothing
0 Likes

Analysis Paralysis (going round in circles without result) for how long?
0 Likes

Wizkid tells Cuppy about his relationship with Grime legend, Skepta

TELL US YOUR VIEW!! Are You Open To Marrying From Another Tribe Or Race ?

I Never Said Orji Uzor Kalu Would Be Nigeria’s President In 2023 – T.B Joshua