Soldier Stabs Friend To Death Over A Disagreement In Lagos 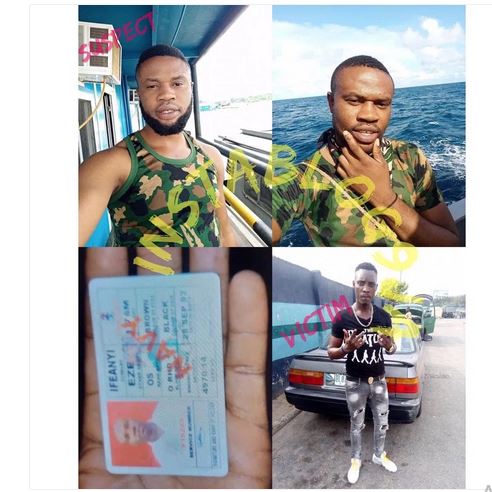 A 28-year-old Navy officer, Ifeanyi Eze, is currently on the ran, after he allegedly stabbed his friend, Monday Solomon, 37, to death in Bonny Camp, Lagos State.

According to a source, the unfortunate incident happened on Sunday evening, January 10, 2021, after the two got into a heated argument over the suspect disrespecting the deceased’s elder sister.

“The suspect has been squatting with the deceased for over 5-years. They were very close. On Sunday evening they had a disagreement.

Apparently, the suspect had disrespected the deceased’s elder sister who owns a bar inside the barrack.

The deceased had confronted the suspect and a fight ensued. He allegedly took a dagger and stabbed him to death, before running away,” the source said.

I will knock Anthony Joshua down in 2 rounds, Tyson Fury Boasts

Looting was due to EndSARS protests and not poverty — Pres. Buhari’s aide, Femi Adesina