Photos: A Creative Keke Driver Adds Glass Doors And Windows To His Tricycle

Instead of allowing his Keke to be open, a wise Nigerian man has added glass doors and windows to the tricycle.

After the Keke man appeared in public with his renovated ride, it attracted the attention of his customers who took pictures of it and it went viral. People are hailing him for his idea.

But reacting to the photos, Elizabeth David said: "It's a nice one but if person mess inside dat Keke, omo na die be dat oooo."

So thoughtful of him 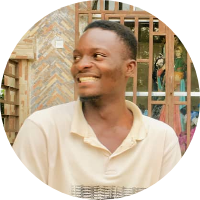 Good idea especially if it's raining.

The Truth About "akara Yahoo"

Pray For Peace, Security – Makinde Charges Muslims On How To Make The Best Of Ramadan