Suspected Fulani herdsmen militia attacked members of the Benue State Livestock Guards and Agro Rangers of the Nigeria Security and Civil Defence Corps, NSCDC, leaving one person dead and one other severely injured.

Special Adviser to the Governor on Security Matters, retired Colonel Paul Hemah, who confirmed the incident on Saturday while briefing journalists in Makurdi, said the Livestock Guards and NSCSC personnel were ambushed on their way back from patrol in Mbalagh Council Ward of Makurdi Local Government Area on Friday, January 15.

He noted that the herder's militia laid siege on both sides of the road and opened fire on their targets, killing personnel of the Livestock Guards on the spot while a member of the Agro Rangers was badly injured.

According to the Security Adviser, men of Operation Whirl Stroke were immediately contacted and swiftly rushed to the scene of the incident, even as they could not find the assailants who retreated on motorbikes.

He stated that suspected herdsmen militia had targeted personnel of the Livestock Guards and Agro Rangers in recent times in the State ostensibly to intimidate and deter them from performing their duties.

Hema said the attackers come in a guerrilla manner and retreat immediately after accomplishing their mission, making it difficult to trail and arrest them.

Benue State Commander of the Livestock Guards, Linus Zaki said his men were attacked near Zongo on their way back from a routine patrol in Mbalagh around 6 pm, adding however that they would not be deterred nor pushed into surrendering the land to the marauders. 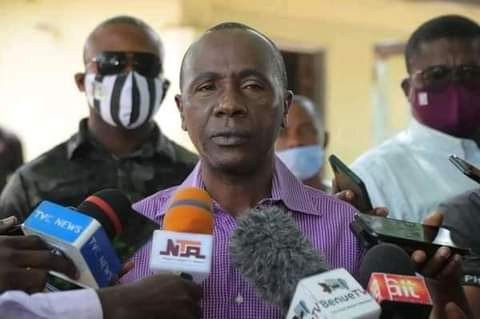 Kaduna Confirms 18 Killed in Clash With Bandits in Giwa LG

I Want Nigeria To Be Seen As Country That Does Not Tolerate Corruption – Pres. Buhari