Nigerian Tech Genius Dies In His Sleep, 7 Days After Winning A N69billion US Govt Contract

According to his brother, Stephen Odaibo who announced the unfortunate news on LinkedIn, David died in his sleep only seven days after he won the contract.

The deceased is said to have suffered a cardiac arrhythmia/heart attack in his sleep. 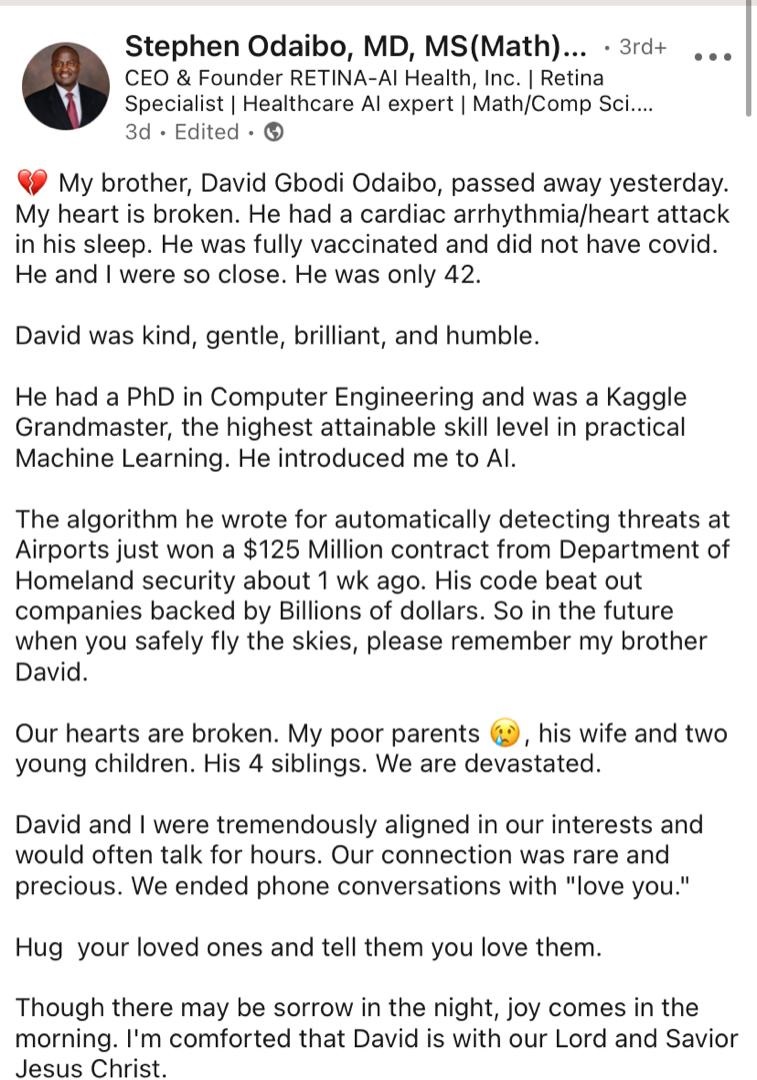 “I Have Zero Regard For COVID-19, It Is A Lie From The Pit Of Hell” – Bishop Oyedepo