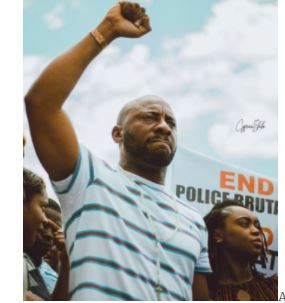 Nigerian Actor Yul Edochie Has Stated That Nigerians Should Worry More About How To Get Out Of Poverty Instead Of Worrying About The Source Of People’s Wealth.

The actor turned politician made this known via his Twitter page on Friday, February 5, 2021.

Edochie is known to be quite vocal about the political and social-economical issues of the country.

Interestingly, he recently announced that he will be running for the office of the president of Nigeria.

However, this is not the first time that the movie star will be announcing his plans to run for the office of the president of Nigeria.

The actor and one-time governorship aspirant in Anambra state first announced his plans to run for the presidency in 2018.

He later revealed that he was no longer going to be contesting for the office of the president.

He was later appointed as the Senior Special Assistant to the Anambra state governor, Willly Obiano on Creative and Entertainment Media.

A Man That Spends Money On A Woman Without Asking For Sex In Return, Is Called?

Why We Suspended Protest Against Buhari Medical Trip – Reno Omokri