Nigeran Man Reportedly Sells His Kidney To Pay For His Daughter’s Education, But She Commits Suicide Because Of Her Boyfriend

This Twitter user has shared a sad story of love, heartbreak and sacrifice .

. According to a Twitter user, a lady whose father had paid a hugesacrifice to see her educated, left him devastated after she took her life.The father had reportedly sold his kidney to pay for her school fees, unfortunately that sacrifice ended up being pointless after she was said to have committed suicide all because of her boyfriend.Amanda Chinda who shared the story on Twitter, wrote;”Just heard a story about a dad who sold his kidney to pay his daughters fees then the girl committed suicide because of her boyfriend ..What is this”See her post;

Nawa ooo which kind thing be this 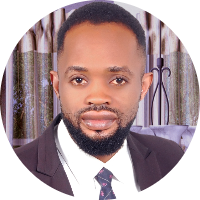