Virgil Abloh, the artistic director for Louis Vuitton and the founder of Off-White, has died after battling cancer privately for years.

The statement posted on Twitter reads: "LVMH, Louis Vuitton and Off White are devastated to announce the passing of Virgil Abloh, on Sunday, November 28th, of cancer, which he had been battling privately for several years." 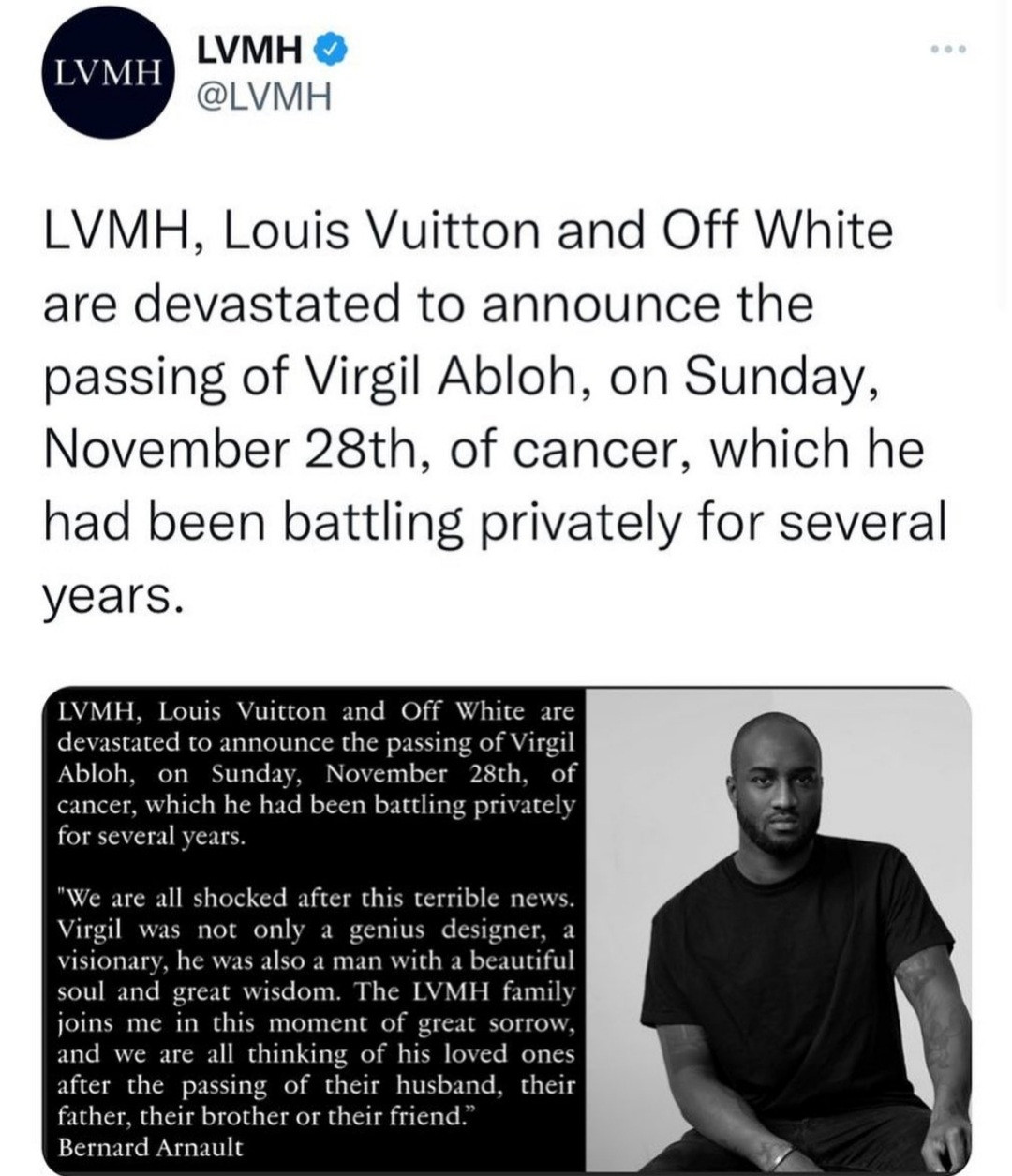 Their CEO Bernard Arnault adds, "We are all shocked after this terrible news. Virgil was not only a genius designer, a visionary, he was also a man with a beautiful soul and great wisdom. The LVMH family joins me in this moment of great sorrow, and we are all thinking of his loved ones after the passing of their husband, their father, their brother or their friend." 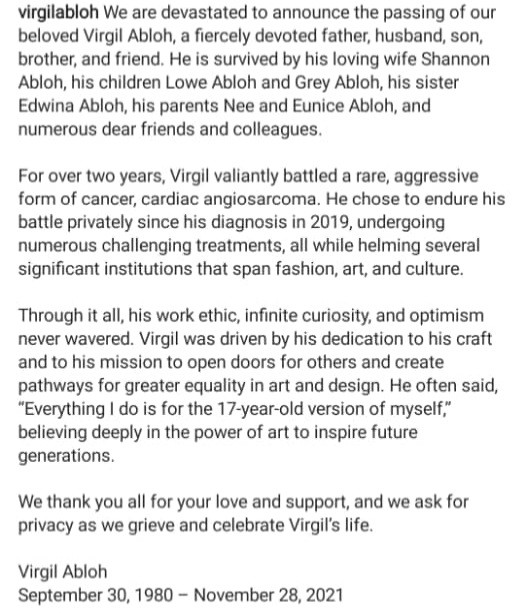 Japan Is About To Become Extinct - Documentary

This Town Has A Shortage Of Men, Lot Of Women Are Looking For Men To Love