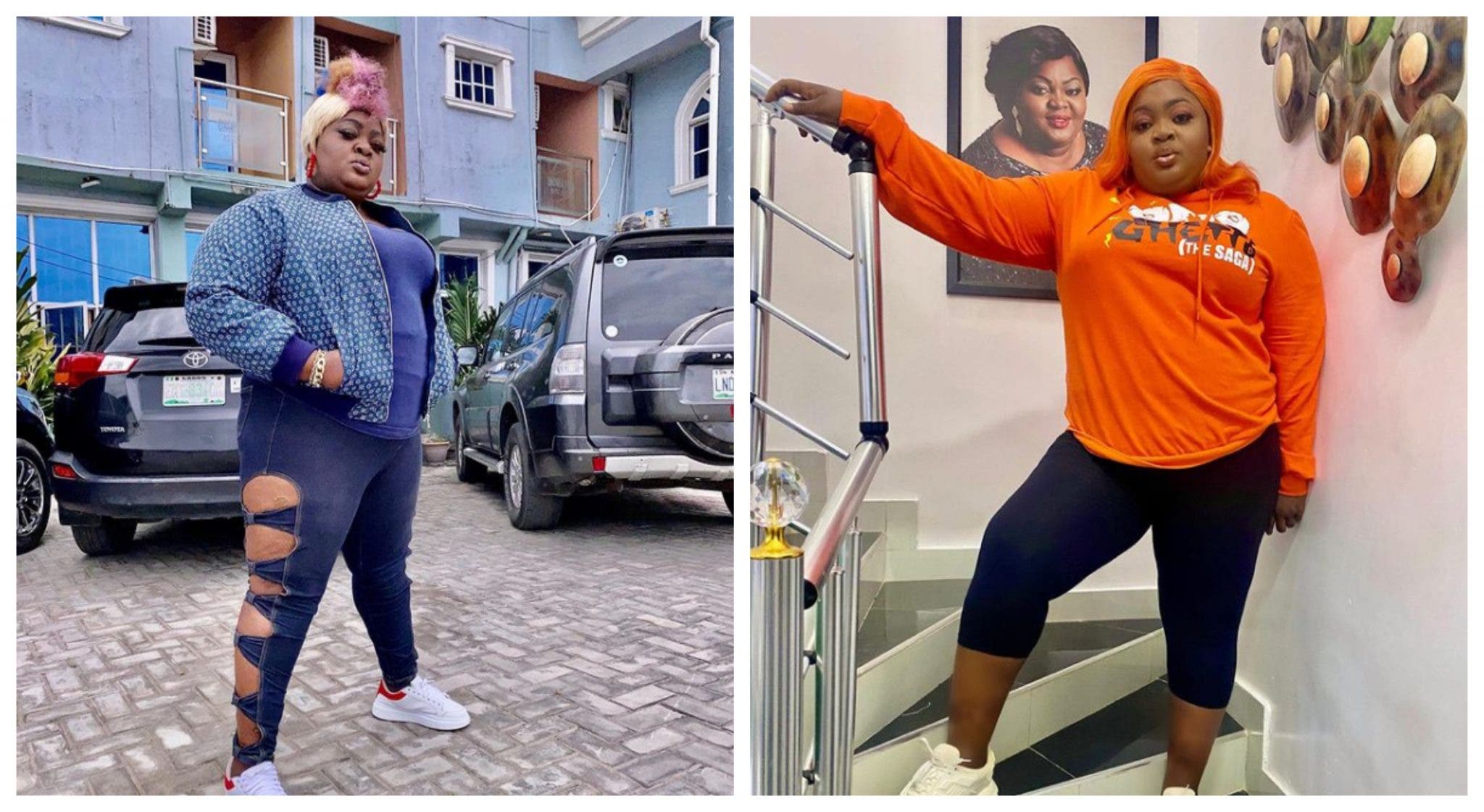 Actress, Eniola Badmus, has stated that constant trolls on social media about her size will never push her to commit suicide.

The actress made the revelation while speaking in an interview with The punch.

“It is not everything I can talk about but sometimes, some things get to me. I have developed a tough skin over time but I am also human.

When things become overwhelming, I have to express myself and pour out my thoughts. Everyone has a threshold on different matters.

The way people go about body shaming is hilarious. I did not come into the industry as a skinny girl. I have always been a chubby girl. It is now when I am trimming down that the comments are coming.

“I know I have not seen the end of this and I cannot control people’s opinions. However, I think it is important to caution body ‘shamers’.

The pressure that comes with these things is too much and could lead to depression. I tell people that I can never be depressed, no matter how much they troll me. I would rather put my energy into partying.

But, some people cannot handle it. For instance, the only reason bloggers pick up one’s story is when they notice that a fan has slandered one or made uncouth comments and one replied. Some people then go to the comments section to laugh.

They feed on that negativity. Families and society also need to be more considerate because they are guilty too.

Some family members play around it by calling one ‘orobo (fat)’. I just tell people to leave me alone.

Some of the responses I gave to hateful comments about my weight were not because they got to me to the point of committing suicide. It was just to shut up toxic people.

People on social media feel they have a right to talk to one in certain ways. You need to see the volume of messages I get every time.”

Ma girl be proud of your body. Man cannot come and kill himself
1 Likes

You have to love your self and not hate yourself for nothing.
0 Likes

This Is Love! Patoranking Reveals Plans To Sing To Yemi Alade On Valentines Day

Billionaire, Tony Elumelu Celebrates His Triplet Daughters on Their Birthday