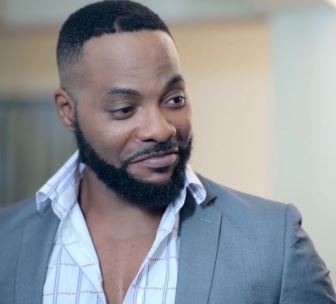 Popular Nigerian actor, Bolanle Ninalowo, has reacted to the report of a rising actor identified as Justin Ugonna accused of sleeping with a 14-year-old by saying that he will never allow a man get away with defiling his teen daughter of the same age.

The handsome actor took to his official Twitter page to share a photo of him and his daughter together.

He wrote as a caption:

“So my daughter at 14 someone would want to defile her and say it’s with her consent? No now, I go end person” 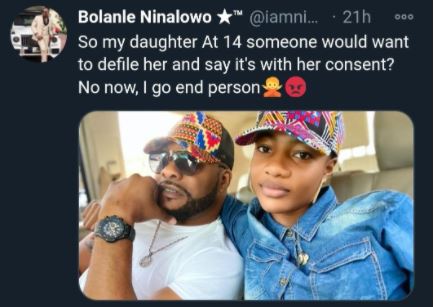