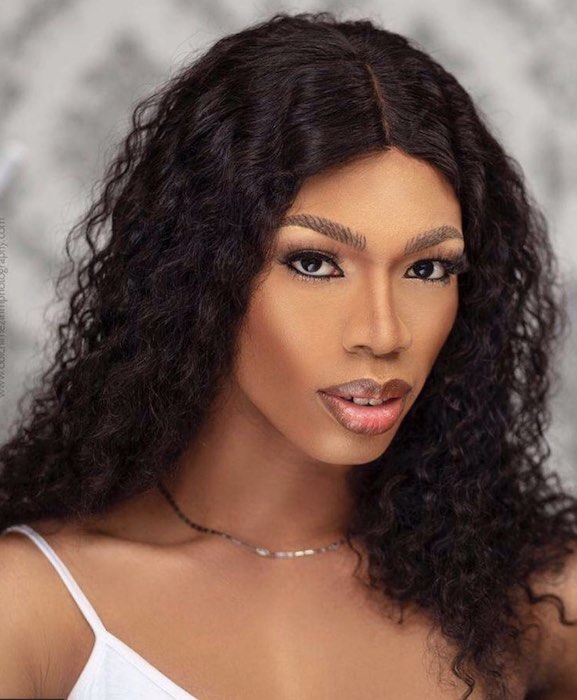 Budding crossdresser, James Brown has finally spoken up after his Instagram page got deactivated.

We reported that the crossdresser had posted a video via Instagram on Friday where alleged that his senior colleague had reached out to him, threatening to kill him for allegedly stealing his ideas.

Bobrisky also responded to the allegations and he threatened to send Brown to jail. Brown defiantly clapped back, noting that he is not afraid to go to jail because he has been there before.

Hours later, many noticed that the crossdresser’s page was no longer active and they accused Bobrisky of being behind it.

Bobrisky eventually denied having anything to do with the sudden disappearance of his colleague’s Instagram page.

Brown released a video on Saturday via YouTube where he spoke on losing his account. The young man clearly stated that he is “unbreakable and nothing can bring him down.”

The crossdresser, in the video, mentioned that he has lost his respect for Bobrisky. According to him, he is a talented person and he comes up with the ideas for his content. He also mentioned that he can sing, act and make grammatical blunders.

The crossdresser also wondered why Bobrisky is feeling threatened by him. The Internet sensation recalled how Bobrisky reached out to him in 2020 and instructed him to stop wearing wigs.

Disappointed about the whole situation, he noted that he is not scared of going to jail and he will not even dare fight with Bobrisky. He also pointed out that he is too young to be involved in this type of drama