The Inspector-General of Police, Mohammed Adamu, has said that the Nigeria Police will outdo their foreign counterparts if the same logistics are given to them

Speaking dAdamu said police operatives are adjudged to be the best in the world.

“It is only in Nigeria that you have police officers that don’t have the required logistics that they need to operate, they struggle and make the society peaceful.

“When you take them out of the country to an international environment where those logistics that are required for you to do policing job are there, you will see them performing wonderfully well. That is why Nigerian police officers are claimed to be the best in the world.”

Citing himself as an example, the nation’s police chief claimed to have directed many police officers from other advanced countries in the discharge of their duties.

While noting that Nigeria has the largest police force in Africa, Adamu regretted that many citizens do not understand how the Force operates.

On fighting crimes, Adamu rated the Force excellent in the performance of its duties in 2019/2020, despite the myriads of security challenges in the country ranging from terrorism to banditry, kidnapping to armed robbery among several others.

He recalled that when his administration came in, there were many issues related to banditry and kidnappings, especially along the Abuja-Kaduna road, a challenge which he claims his men have quashed.

“Apart from the insurgency that is being successfully dealt with in the northeast, there were issues in the northcentral in terms of farmers-herders conflicts and even kidnappings.

“We restrategized, created an operation, Puff Adder. We retrained our Special Forces, we identified police officers that have been in the theatre of operations in the northeast before they went and came back,” 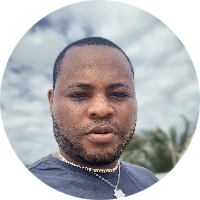 Pray For Peace, Security – Makinde Charges Muslims On How To Make The Best Of Ramadan