“Girls Are Chasing Me, They Are Wahala” – Ik Ogbonna’s 5-year-old Son Laments 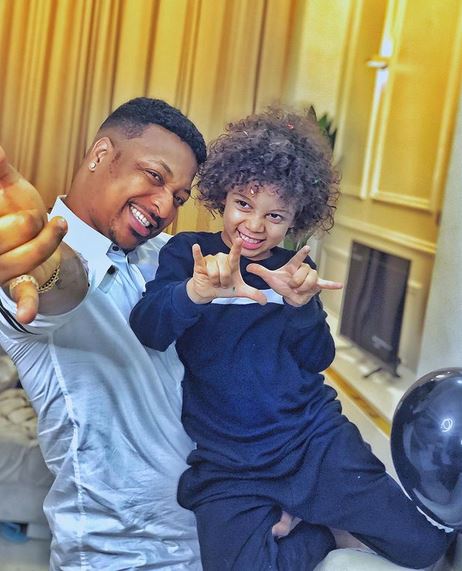 A video has surfaced online showing Nigeria actor, IK Ogbonna’s 5-year-old son lamenting to his mother about how he is being chased by girls.

Ace Ogbonna, the son of IK Ogbonna and his estranged wife, Sonia Morales, described girls as “Wahala” while telling his mum that he will run away from them.

Meanwhile, IK Ogbonna and his wife Sonia Morales are divorced, as the couple announced their separation last year, following end of their marriage.

The couple got married in 2015 and their union was blessed with their son Ace, but the marriage ended due to undisclosed marital issues.

Who Wore It Better: Chioma Or Nengi?

Kiddwaya, Laycon Are The Only Ex-BBnaija Male Housemate Not Living A Fake Lifestyle – Uche Maduagwu