World's richest man, Elon Musk taunted US Senator Bernie Sanders after he reiterated his demand for the top 1% to pay more taxes.

Elon Musk made a snarky tweet of "forgetting" the 80-year-old senator is "still alive", in response to his comment about taxing the "extremely wealthy."

Sanders who unsuccessfully sought the Democratic Party presidential nomination in 2016 and 2020, on Saturday tweeted that “we must demand that the extremely wealthy pay their fair share.”

Musk, whose personal networth is estimated at around $271 billion, tweeted "I keep forgetting that you’re still alive."  Following up, the world's richest man added, "Want me to sell more stock, Bernie? Just say the word..." 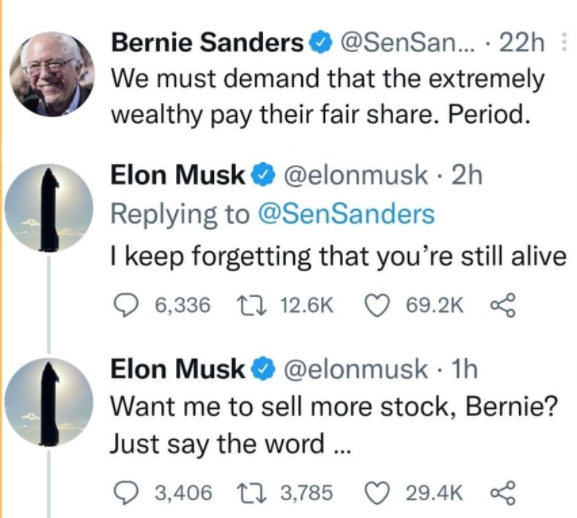 bernie sanders is not dead yet elon, hahahaha

How can you forget

Rwanda Clamps Down on Pregnancy Tests for Schoolgirls