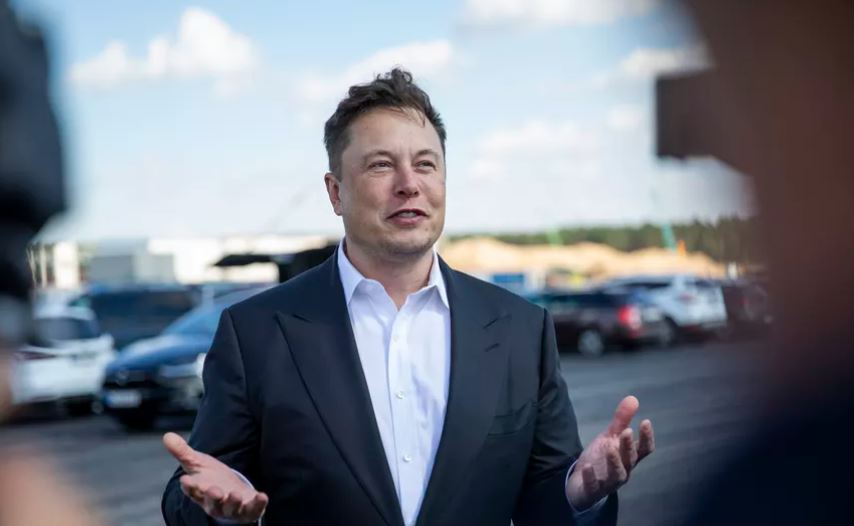 The Tesla CEO’s net worth now sits at around $128 billion, after increasing by $100 billion this year. There is a sizable gap between Musk and the number one spot, which is currently held by Amazon CEO Jeff Bezos who has a reported net worth of around $182 billion. In January, Musk ranked 35th on the list, Bloomberg reports.

For an idea of how the wealth of these men compares to the average American household, check out this amazing data visualization produced earlier this year in which every pixel represents $1,000.

Musk’s rapid ascent up the list has mainly been driven by Tesla’s share price. The car company currently has a market cap of almost $500 billion, after starting the year at under $100 billion. The Guardian reports that Tesla has the highest market cap of any car company in the world, despite producing a fraction of the cars of more established automakers.

This year it expects to produce 500,000 cars, compared to around 10 million for a company like Toyota. Around three quarters of Musk’s net worth consists of Tesla shares, according to Bloomberg.

Good for gim, some one will also take it from him
0  Like

What’s The Difference Between “Olosho” And “Runs Girl”?

What Will You Call This? 83-year-old Nigerian Muslim Man Set To Marry 16-year-old Girl