DO YOU AGREE? Prof Wole Soyinka Need To Apologize To Nigerians For Bringing In CULTISM Into The Country 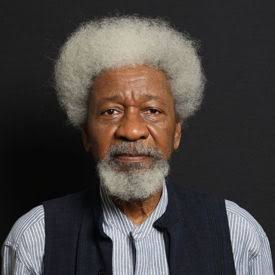 According to Wikipedia, Akinwande Oluwole Babatunde Soyinka, known as Wole Soyinka, is a Nigerian playwright, poet and essayist in the English language. He was awarded the 1986 Nobel Prize in Literature, the first sub-Saharan African to be honoured in that category. Born into a Yoruba family in Abeokuta.

While at university in 1953, Soyinka and six others founded the Pyrates Confraternity, an anti-corruption and justice-seeking student organisation, the first secret confraternity in Nigeria.

In the early 1990s, confraternity activities expanded dramatically in the Niger Delta as confraternities engaged in a bloody struggle for supremacy.

Okonjo Iweala, Burnaboy, And Wizkid Faces Should Be At Nigeria Airports – Reno Omokri

Too much talk makes people short

ASUU discloses why the strike will not be called off

Here Are The 5 Obligations To Keep On Sunday