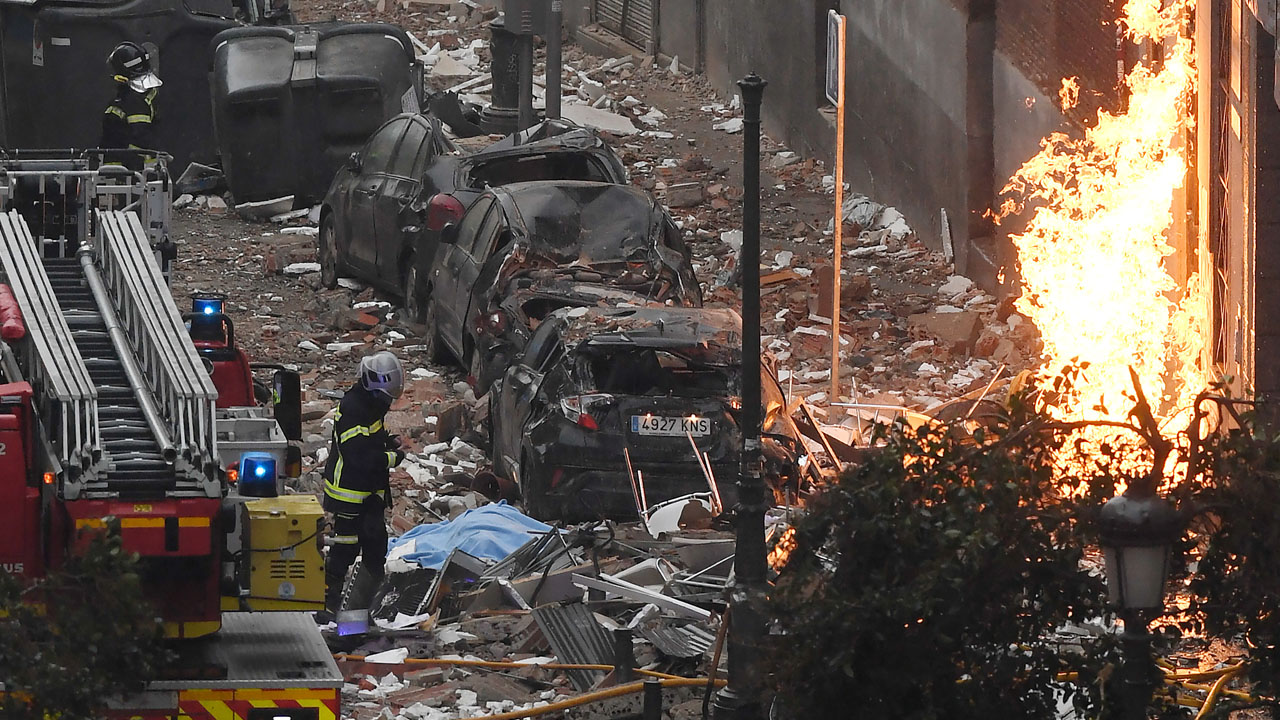 The toll from a powerful explosion that gutted a church-owned building in Madrid rose to four on Thursday after a priest died from his injuries.

The 36-year-old, who was ordained a priest in June, was one of 11 people who were injured during Wednesday’s blast that officials said was caused by a gas leak.

He died in hospital in the early hours of Thursday, the Madrid archdiocese said in a statement.

The explosion in the central La Latina district destroyed almost all of the multi-storey building which belongs to the nearby church of the Virgin de la Paloma.

It also killed two men, aged 85 and 47, who were walking down the street at the time, local officials said.

The younger man was a Bulgarian national, the country’s foreign ministry confirmed Wednesday.

The other victim was a 35-year-old electrician and father-of-four who had been repairing a boiler on the fifth floor of the building.

Reportedly employed by Madrid metro’s maintenance department, he lived on the street and was active in the local church.

A man who was initially reported missing was later confirmed to be the repairman, government representative Jose Manuel Franco told radio Cadena Ser.

Neighbours reported a strong smell of gas in the minutes before the blast, he said.

“There were people running and a lot of smoke and when I got there, I saw the building’s facade had been completely destroyed.”

Pope Francis said he was praying for the victims and their families in these “difficult moments” in a telegram sent to the Archbishop of Madrid, Cardinal Carlos Osoro, the city’s archdiocese said.

Despite the force of the explosion, no one was hurt in the elderly care home next door, nor in an adjacent school where tonnes of debris fell into the playground while children were in class.

Wednesday was the first day that schools reopened after a nine-day closure due to the heaviest snowfall in Madrid in 50 years.

“This could have been a massive tragedy,” said Madrid mayor Jose Luis Martinez-Almeida.

The building, which was located behind the church, was used as a parish centre and contained several apartments used by local priests as well as office space used by the Caritas charity.

At least 15 cars were either destroyed or damaged by the blast.

Emergency services workers cleared them from the street on Thursday and police backed by sniffer dogs were due to inspect the building later in the day.

May God have mercy
0 Likes

Nigerians youths are not lazy is just that our leaders are lazy to create jobs for the youth.

“Buhari Must Be Jailed For Treason” – Imam Of Peace’ Says

President Buhari Has Ran Away From Nigeria Because Of Youths

He came with armoured tanks for bye-election,but didn't show up when bandits attached north-ffk