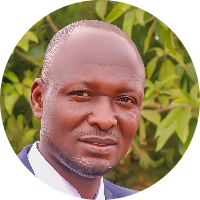 1. Governor of the Central Bank of Nigeria, Godwin Emefiele on Monday resumed office at the CBN headquarters after spending several weeks in the United Kingdom and the United States following reported plots by the DSS to arrest him. The operatives of the DSS were reported to have invaded his office after resumption.

2. There were fireworks between the ruling All Progressives Congress and the opposition Peoples Democratic Party on Monday over the integrity and eligibility of their presidential candidates. The Tinubu-Shettima Presidential Campaign Council called on security agencies in the country to arrest the presidential candidate of the PDP, Atiku Abubakar, for allegedly stealing public funds through ‘Special Purpose Vehicles.’

3. Gunmen yet-to-be identified have again attacked an office of the Independent National Electoral Commission, INEC, in Enugu South Local Government Area of Enugu State. The development came a few hours after a similar attack occurred in Imo State which led to the killing of a local security man.

4. The Presidential candidate of the Labour Party (LP) in the 2023 general election, Peter Obi is facing a fresh disqualification suit at a Federal High Court in Abuja over his alleged possession of dual citizenship of two countries. Obi was dragged before the Court by another political party, the National Rescue Movement (NRM).

5. Presidential Candidate of Labour Party (LP), Mr Peter Obi, has said Nigeria’s Presidency with him and Yusuf Datti Baba-Ahmed, his running mate, in charge will dismantle inefficiency and eliminate transactional policies that breed corruption in government. Obi said this on Monday at Chatham House, the famous British international Policy institute, where he was a guest.

6. The presidential candidate of the Peoples Democratic Party (PDP), Atiku Abubakar has said it is too risky for Nigerians to hand over their future to his main rivals in the 2023 presidential election, Asiwaju Bola Tinubu of the All Progressives Congress (APC), and Peter Obi of the Labour Party. He spoke at the Nigeria Economic Summit Group (NESG) Presidential Dialogue on the Economy in Lagos on Monday.

7. Indigenous People of Biafra (IPOB) has turned down the request of Anambra State Governor, Chukwuma Soludo, to stand as a surety for its leader, Nnamdi Kanu, who is still being detained by the Department of State Security Service (DSS). IPOB, in a statement by its spokesperson, Emma Powerful, yesterday, commended the voluntary move by Soludo to sign a surety for the unconditional release of Kanu, but noted that the request was belated.

8. Former President, Chief Olusegun Obasanjo on Monday led current and old students of Baptist Boys High School (BBHS), Abeokuta on an 18km walk round Abeokuta, as part of activities to mark the centenary celebrations of the school.

9. Justice Jide Falola of an Osun State High Court sitting in Osogbo on Monday sentenced six persons to death over murder and armed robbery. The judge convicted the suspects on six counts, including setting ablaze the cousin of former Osun State deputy governor, Benedict Alabi after forcing him to transfer the sum of N3 million into an account.

10. Oxfam in Nigeria has said three of the richest Nigerian citizens are wealthier than 83 million others put together. This is contained in a report titled ‘Davos 2023 Inequality Report’ unveiled at a media briefing on Monday in Abuja. 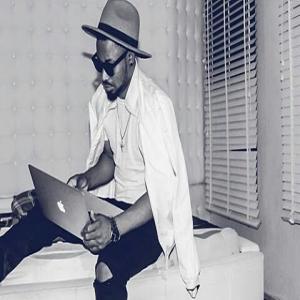 How To Use Chatgpt To Boost Your Seo Agency Earnings (Tutorial)