Brume put herself in a commanding position for the gold medal after her fourth attempt gave her a new Commonwealth Games record of 6.99m.

The 26-year-old broke the Games record again a few minutes later with her last attempt, after a leap of 7.00m to put her way ahead to clinch Nigeria’s final and 12th gold on Day 10.

Inter Milan Is 95% Sure Of Winning Serie A Title – Conte 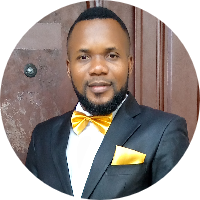